The Global Debt Will Have An Impact On The USA

Check out this article from Zerohedge.com which is noted for being ahead of the curve

Global Debt Is Exploding At A Shocking Rate

The primary reason why the global financial system is on the verge of daily collapse, and is only held together with monetary superglue and central bank prayers thanks to now constant intervention of central banks, is because of debt. And, as BofA’s Barnaby Martin succinctly puts it, much more debt is coming since “the legacy of the COVID shock is debt, debt and more debt.” In short: use even more debt to “fix” a debt probem.

So in this world of explosive credit expansion coupled with tumbling economic output where helicopter money has become the norm, central banks – and specifically the ECB – are scaling their QE policies to monetize and absorb much of this debt (relieving the pressure on private investors to buy bonds), more debt “hotspots” mean more vulnerabilities for the global economy.

We won’t preach about the consequences of this debt binge which has catastrophic consequences – we do enough of that already – but below we lay out some of the more stunning facts of global debt levels at the end of Q1 2020 as compiled by the BIS, courtesy of Martin:

Total non-financial debt/GDP across countries and segments is shown in the BofA chart below; it shows that…

Finally, the table below show global debt/GDP leverage ratio across the globe, broken down by countries and segments. 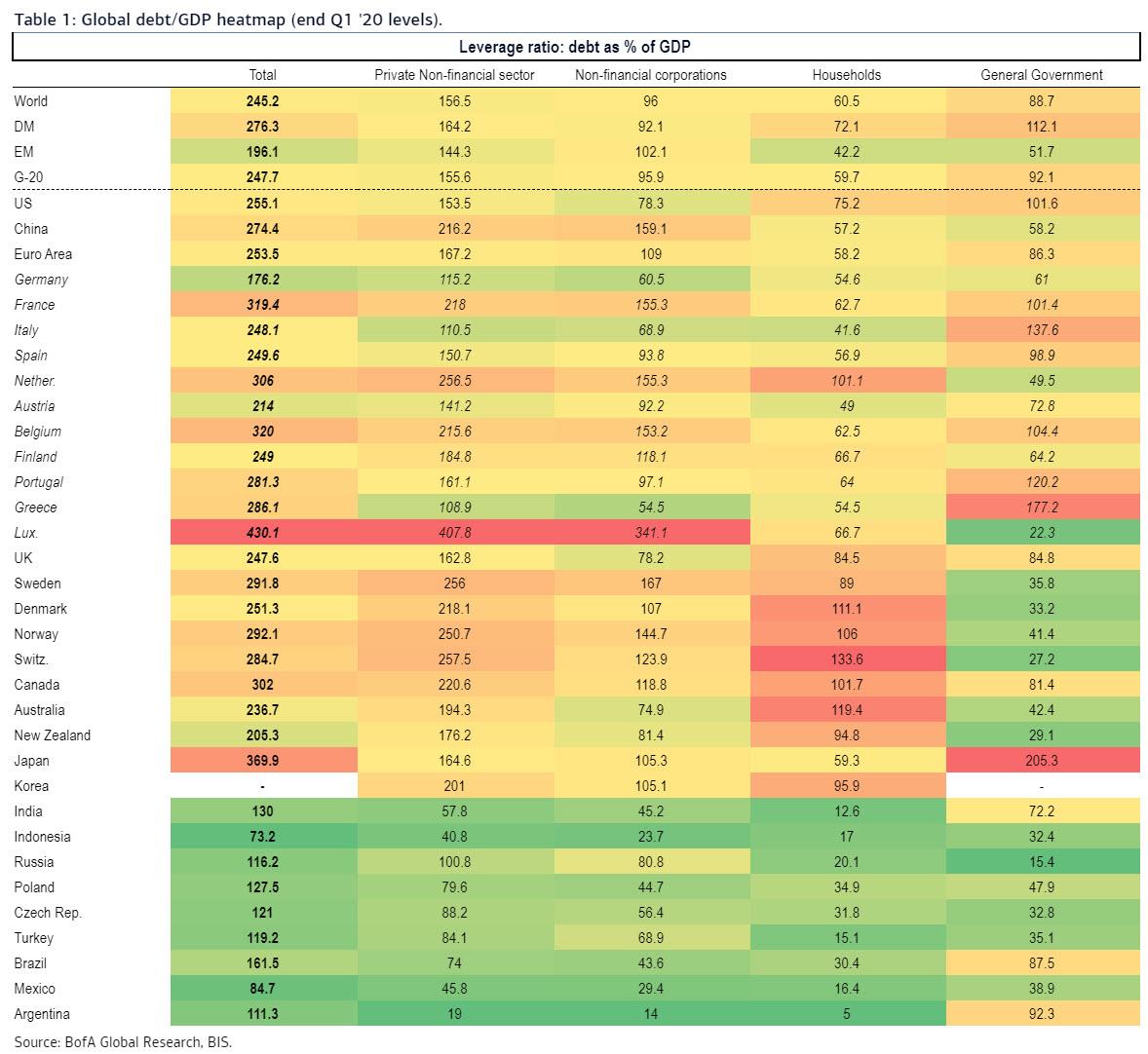