What The CoronaVirus Pandemic Has Brought To The Real Estate Industry 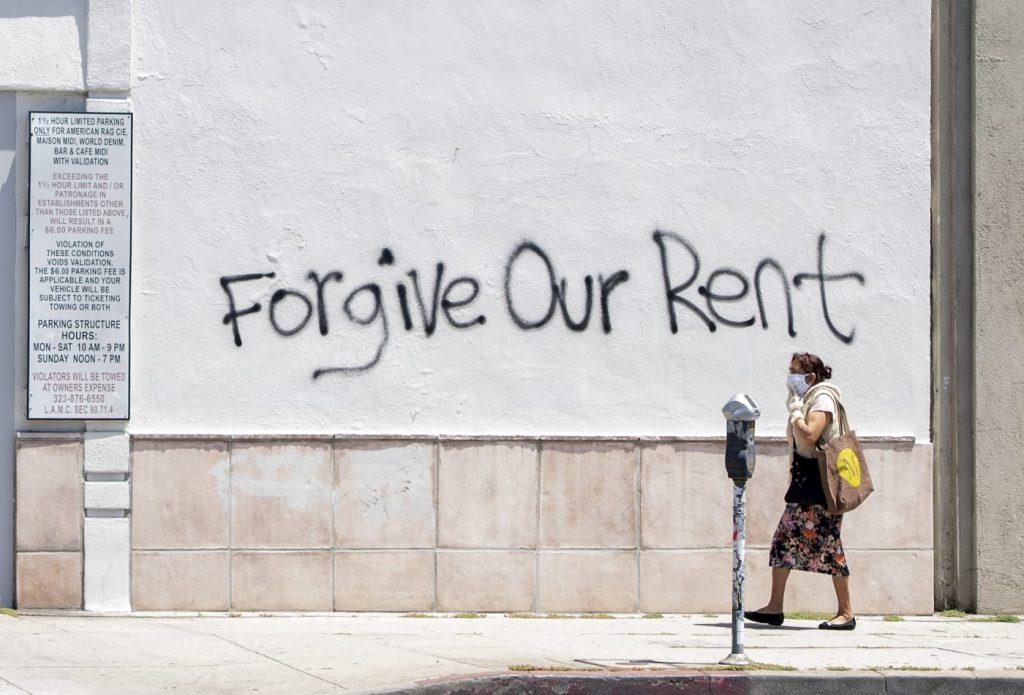 f you or someone you know is facing eviction, CNBC Make It would like to hear from you. Please email money reporter Alicia Adamczyk at alicia.adamczyk@nbcuni.com.

Even before the coronavirus pandemic, the U.S. was experiencing what housing experts and advocates deemed an eviction crisis. More than 2 million people face eviction each year, far more than the number of people who faced foreclosure at the height of the 2008 mortgage crisis.

Experts expect the eviction crisis to get far worse in the coming months. The Covid-19 economic recession has hit renters especially hard. They make up a disproportionate share of service sector jobs, an industry that has been decimated as a result of the coronavirus shutdowns.

In fact, between March 25 and April 10 of this year, nearly half of renters aged 18 to 64 reported that they were having trouble paying their rent or utilities, were food insecure or couldn’t afford needed medical care, according to the Urban Institute.

Thousands of tenants have been missing rent payments over the past few months. People of color have fared worse than white renters due to the disproportionate job loss in their communities, the Urban Institute reports. About 25% of black and Latino renters reported not paying or deferring rent in May, compared to 14% of white renters.

To keep people in their homes, the federal government banned evictions in federally assisted properties through July 25, and some cities and states, including Massachusetts, New York and Michigan, put their own temporary eviction moratoriums in place. But many of those bans begin expiring this month depending on the state, according to Princeton University’s Eviction Lab, which tracks evictions across the country.

Plus, the extra $600 per week in federal unemployment benefits is set to expire at the end of July. That extra money is “what has been allowing many people who have lost their jobs to continue paying rent,” Solomon Greene, a senior fellow in housing policy at the Urban Institute, tells CNBC Make It. Coupled with the end of eviction moratoriums, the U.S. is likely to experience an uptick in evictions nationwide in the coming weeks.

Evicting people in the middle of a global health crisis puts them at greater risk of contracting and spreading Covid-19, turning “a catastrophe into an apocalypse,” Aaron Carr, founder and executive director of the Housing Rights Initiative, tells CNBC Make It.

“A lot of people could be on the streets,” says Carr. “Especially in places like New York City that already have a homeless problem, it could turn into a homeless nightmare.”

Eviction also has long-term — in some cases, multi-generational — financial consequences for individuals and families, Alieza Durana, a writer with the Eviction Lab, tells CNBC Make It. It can ruin a tenant’s credit for many years, making it harder for them to find a new place to live. It also takes a mental and emotional toll on those affected, and hits minority communities, particularly women of color and their children, especially hard.

The human toll that an eviction takes on a person and family and community is really devastating.
Alieza Durana
THE EVICTION LAB

“The human toll that an eviction takes on a person and family and community is really devastating,” says Durana, noting that tenants who are evicted often experience job loss and higher rates of depression,among other issues.

And that’s before you add a global health crisis to the mix.

“Housing instability has huge health consequences even when we’re not facing a pandemic,” says Greene. “Exposure risk is so much more amplified and worsened when you can’t shelter in place because you don’t have a place to shelter.”

How to stop the coming crisis

If you are facing an eviction, Carr suggests contacting a nonprofit tenant organization in your area and your elected officials as soon as you can.

That said, the crisis requires a large-scale government response, according to experts. If state and local governments don’t step in to help soon, there will be a “tsunami of evictions and a spike in homelessness” nationwide, that will “devastate” not just individuals and their communities, but the economy broadly, Dinae Yentel, president and CEO of the National Low Income Housing Coalition, says in a statement to CNBC Make It.

“Now more than ever, housing is health care,” says Yentel. “Ensuring housing stability for all is both a moral imperative and a public health necessity.”

Ensuring housing stability for all is both a moral imperative and a public health necessity.
Dinae Yentel
NATIONAL LOW INCOME HOUSING COALITION

Activists have been pushing for reforms and policies like increased rental assistance and rent cancellation since the start of the pandemic, though states have been slow to move and the federal government has done little to support tenants. One measure the government could take immediately, says Durana, is to ensure that renters who qualify for federal rental assistance actually get the funds. Currently, only one in four eligible recipients receive it.

Increased resources for tenants, like providing advocates and legal support to tenants facing eviction, would also help keep people in their homes in the years and decades to come, says Greene. He also advocates for targeted relief measures, like allocating roughly $100 billion to cover rent for low income tenants through the crisis, and mortgage relief for landlords.

There’s no good data set currently available to estimate how many people may face eviction because of Covid-19, says Greene. But the Eviction Lab has already noticed an increase in eviction filings since some moratoriums have been lifted, says Durana. And unlike with the mortgage crisis, that lasted years, all of the tenants facing eviction could find themselves without a home in just a couple of months after the moratoriums lift.

Greene hopes the current crisis will spur structural changes in the housing sector, including stronger protections for tenants nationwide, like homeowners experienced after the 2008 foreclosure crisis. “We’re overdue to have that kind of reform in the renters space, particularly for low income renters,” he says.

At the very least, housing experts and advocates hope the federal government will put in place a uniform, nationwide eviction moratorium instead of the ad hoc bans currently in place. In the middle of a pandemic that has claimed the lives of over 113,000 Americans, keeping people in their homes should be a priority.

And the HEROES Act, which was passed by the House in May but has so far stalled in the Senate, includes an extension of the nationwide moratorium on eviction filings, hearings and executions for 12 months, which Tara Raghuveer, director of KC Tenants, a tenants rights group in Kansas City, tells CNBC Make It is a “great start” to prevent renters from losing their homes.

“I do think any one eviction at this point is inhumane. It comes at potential human cost, the cost of life, if people are forced out of their homes,” says Raghuveer. “I don’t think even one eviction should be happening.”